The Museum MITI stands for Museum and ITI ( Industrial Technical Institute ) was opened in 2013 inside the old workshops factory of the school Montani of Fermo. The first visitors have commented ” the museum that was missing” and I agree , because the school built by Girolamo Montani opened in 1854 as Pius Institute was transformed into a school of excellence that had the innovative idea to bring ” workshop ” in the school , setting up workshops in the years of the highest quality where the boys could join the “know how” and the “knowledge” . This is an interactive museum , where there are many initiatives dedicated to the kids, but that only manages to hit especially the big ones! At the beginning of the trail are two cubes with interactive game where children can interact immediately with a trivia game that will make them enter the world of technology and then .. two large tents will open the room that was the ancient smelter , where students worked on the casting of metals at high temperatures : warm today is a suggestion that comes from the video running on giant screens and small tables with interactive video. In the last room you’ll find a lot of items ! A metallographic old microscope, radio and the first computers ! And even multimedia, tables with touch screens that explain the objects and their operation . Take a look at the site and the photos, mothers of future scientists ! 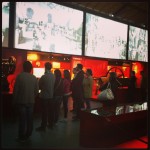 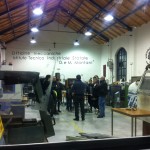 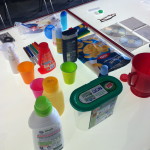 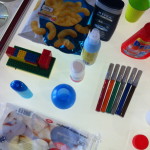 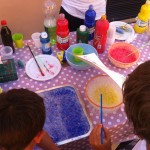